Welcome to the latest edition of ‘Park Life’, where the Normanby team take you behind the scenes at the park. Here, Rachael, one of our Parks and Gardens Officers, talks about the magnificent Deer herd we share the park with.

As the seasons change, the resident herd of approximately 60 Red Deer and 20 Fallow Deer follow their own behavioural and ecological changes, which reflect their needs throughout the months. The Red Deer can often be viewed by taking a walk around the public area of the Deer Park at this time of the year, though it always pays to have a pair of binoculars to hand! The Fallow Deer are by nature much more secretive than the Red Deer, choosing to spend a large proportion of their time hiding in the bracken, presenting more of a challenge to spot them.

As we approach an exciting time in the Deer calendar, as well as moulting their winter coats in order to grow their shorter, more vibrant summer coats, each gender of the two species of Deer are behaving in a different way.

The males (called stags in the case of Red Deer, and Bucks in the case of Fallow Deer) are now spending their time mostly in small groups. Most of their energy at this time of year is being used by their growing antlers. Our male Deer cast their antlers every year in a natural process which occurs usually around April, with the older males generally being the first to cast them. A stag in the Normanby herd

As the antlers re-grow (in a process which can take from this point until around August), they are covered in a velvet skin which feeds the antlers with nutrients as they grow.

The females (called Hinds in the case of Red Deer, and Does in the case of Fallow Deer) will by now be heavily pregnant with their young and are spending most of their time lying down in large groups, usually away from the males. Following on from the ‘rut’ or mating season which occurred from around the end of September through to the end of October, the calves (Red Deer young) and Fawns (Fallow Deer young) will mostly be due and starting to make their arrivals in June.

Let’s hope for some warm summer weather for them! Please do come along for a while, sit quietly and wait patiently, and hopefully during the summer months you too will catch a glimpse of these magnificent creatures that we are very lucky to share our park with here at Normanby. 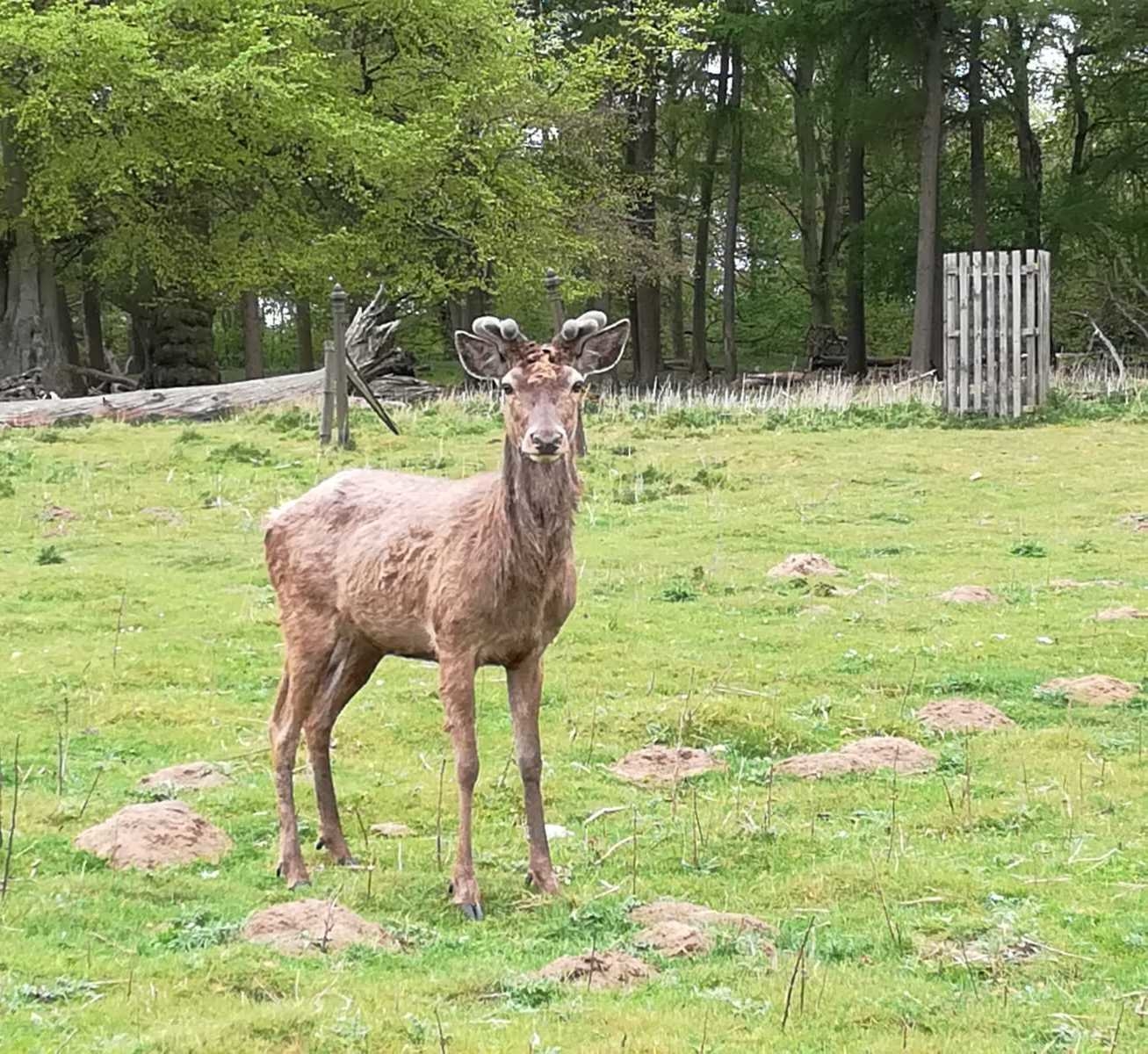